Ash dieback is a devastating tree disease that has the potential to kill up to 95% of ash trees across the UK. At an estimated cost of billions, the effects will be staggering. It will change the UK landscape forever and threaten many species which rely on ash.
If you have ash trees in land under your control, it is your responsibility to act now.

What is ash dieback? 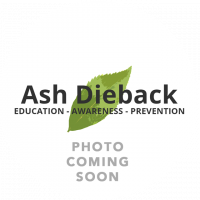 – What is Ash Dieback? It is a tree disease.

– What trees does it affect? The common ash Fraxinus excelsior young and old.

– Areas affected so far? The whole of the UK.

– Prognosis? The disease is now endemic.

– Origin? Asia, arrived in the UK via Europe.

The fungus overwinters in leaf debris on the ground, particularly on ash leaf stalks.

It produces tiny white fruiting bodies between July and October which release spores into the atmosphere.

These spores can blow many miles away. They land on leaves, stick to and then penetrate into the leaf and more. The fungus then grows inside the tree,  inhibiting its water transport systems, causing it to die.

The tree can resist, but year-on-year infections will eventually kill it.

The fungus doesn’t cause much damage on its native hosts of the Manchurian ash (Fraxinus mandshurica) and the Chinese ash (Fraxinus chinensis) in its native range. However, its introduction to Europe about 30 years ago has devastated the European ash (Fraxinus excelsior) because our native ash species did not evolve with the fungus and this means it has no natural defence against it.

When Was It First Discovered In The UK?

It was first identified in the UK in 2012 in a Buckinghamshire nursery and has since been observed all over the United Kingdom.
It is thought to have spread from continental Europe through the introduction of infected trees. The effects of the disease within continental Europe have been devastating, with widespread damage to the populations of ash trees throughout the mainland.
Younger ash trees are far more susceptible to the disease, and although older trees are still at risk it has been found that they take longer to succumb to the disease because they are more firmly established.

This all being said, not all trees die of the infection – some are likely to have genetic factors which give them tolerance of, or resistance to, the disease – although estimations are in the lower region of 2-5% of the UK’s population of ash.

Much More Information Is Available

– Dark patches develop on leaves in the summer

– The leaves then wilt to black and may shed early

– Small lesions on the bark, underneath the bark lesions the wood will have turned a brownish-grey colour.

– New growth from previously dormant buds further down the trunk. This is known as epicormic growth and is a common response to stress in trees.


If you believe that you have identified Ash Dieback in ash trees, please report it immediately to the appropriate authority DEFRA.
There is now a single contact point for suspected cases:
08459 33 55 77 in England or Wales
0131 314 6156 in Scotland
OR alternatively call us on 01626 773499 or email us info@ashdieback.co.uk for free friendly advice.
Read More 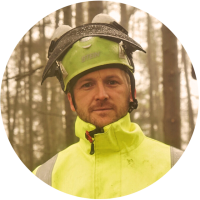 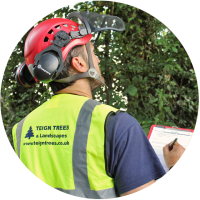 We are a 25 year old, vastly experienced arboricultural company, fully accredited by the Arboricultural Association. We are also members of the ash dieback forum, with gold standard health and safety credentials and qualifications. Because of our passion for trees we were one of the first contractors to independently fund and create an advice website for Ash Dieback.

Working To Identify, Control and Assist

We were filmed by BBC Inside Out programme in January 2019 removing infected Ash from the roadside for Devon County Council. We have been at the forefront of removal of infected trees Devon for the last 4 years – check out this article.

We consider it our mission to help in any way we can to identify, control and assist with minimising the devastating affect on the UK landscape that this terrible disease can cause.

If you have any concerns or any questions please feel free to call our ash dieback hotline on 01626 773499 or email us info@ashdieback.co.uk where we will be only too pleased to help you in any way we can.
Talk to us

We are Fully Insured with exemplary Health and Safety Credentials.
Comprehensively commercially Insured and Indemnified to £10,000,000.

Some organisations we have worked with...