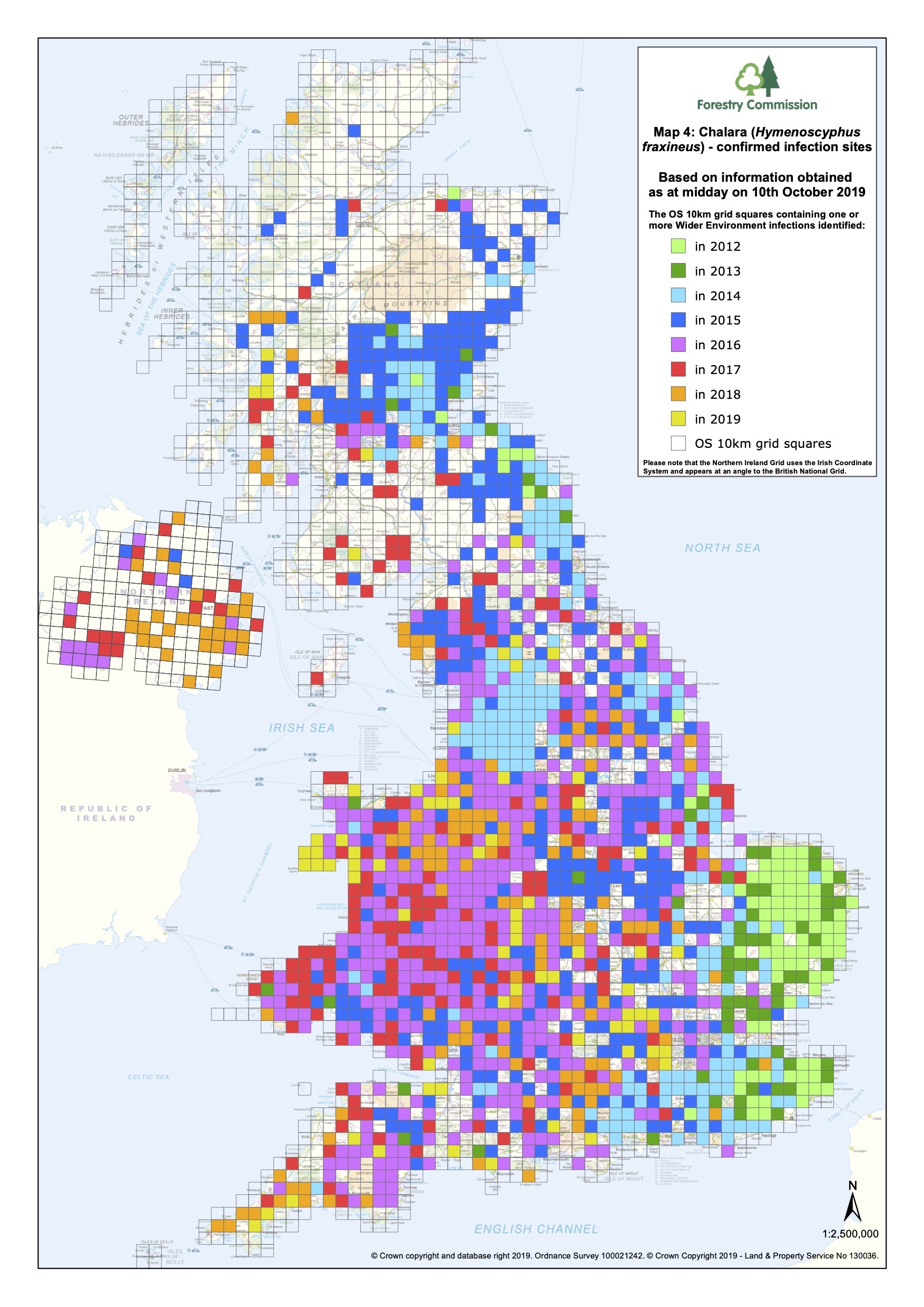 First spotted in Britain 4 years ago the fungus is spreading across the UK and in Ireland. There is evidence of the fungus in native hedgerows with no other evidence of infection nearby.

We are also facing devastation from the Emerald Ash Borer Beetle. Like Ash Dieback this hails from the Far East and is being tracked across mainland Europe. Infestation of this beetle can be tricky to detect until the symptoms become severe. Affected Ash trees show evidence of yellowing, thinning of foliage, dying branches and crown, from the top down. It kills smaller trees in a single year, but larger trees can take up to four years to die.

“Ash is an important broadleaf tree in the UK, and is the second most planted genus. It makes up 15% of all broad-leaved woodlands. The timber is strong but flexible and has many uses. Manufacture of ladders, flooring, handles, sports goods and furniture use Ash. Although there is no evidence the Emerald Ash Borer is present in the UK inevitably the increase in global movement of imported wood risks its accidental introduction.”

Although the EAB threat requires monitoring, Ash dieback is by far the most pressing concern to our beautiful native Ash trees. The spread of the disease seems unstoppable but there are ways to help.

It’s much harder to identify trees affected by Ash Dieback in the winter. The tell-tale dead and dying leaves are not evident. Dead or dying branches, the crown of the tree failing or the characteristic staining and lesions on branches are visible signs.

If you believe you have identified an infected tree please report via the following page.

As featured on ‘BBC Inside Out’