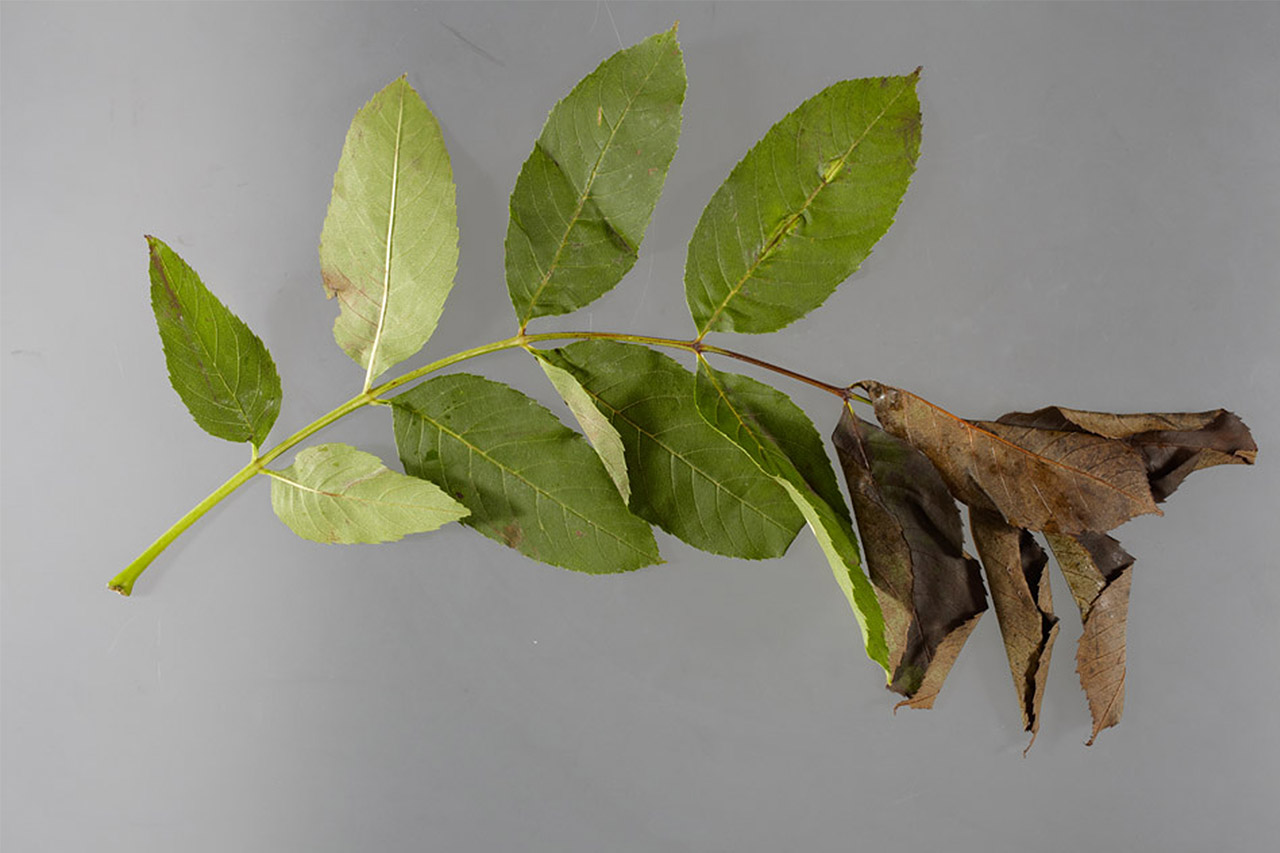 Ash Dieback or Hymenoscyphus Fraxineus is a disease which affects ash trees. It was first identified in the UK in 2012 in a Buckinghamshire nursery and has since been observed all over the United Kingdom. It is thought to have spread from continental Europe through the introduction of infected trees.

The effects of the disease?

The effects of the disease within continental Europe have been devastating, with widespread damage to the populations of ash trees throughout the mainland. Younger ash trees are far more susceptible to the disease, and although older trees are still at risk it has been found that they take longer to succumb to the disease because they are more firmly established.

How is it spread?

Primarily spread by the wind, the spores from infected trees can be blown huge distances, infecting many more ash trees in the process. In addition to this the disease can also be spread via the movement and displacement of an infected tree or trees for example through re-planting or logging.

It is essential that you report any sightings of Ash Dieback as soon as possible after identification. This is because the disease must be quarantined to prevent further infestation and spread.